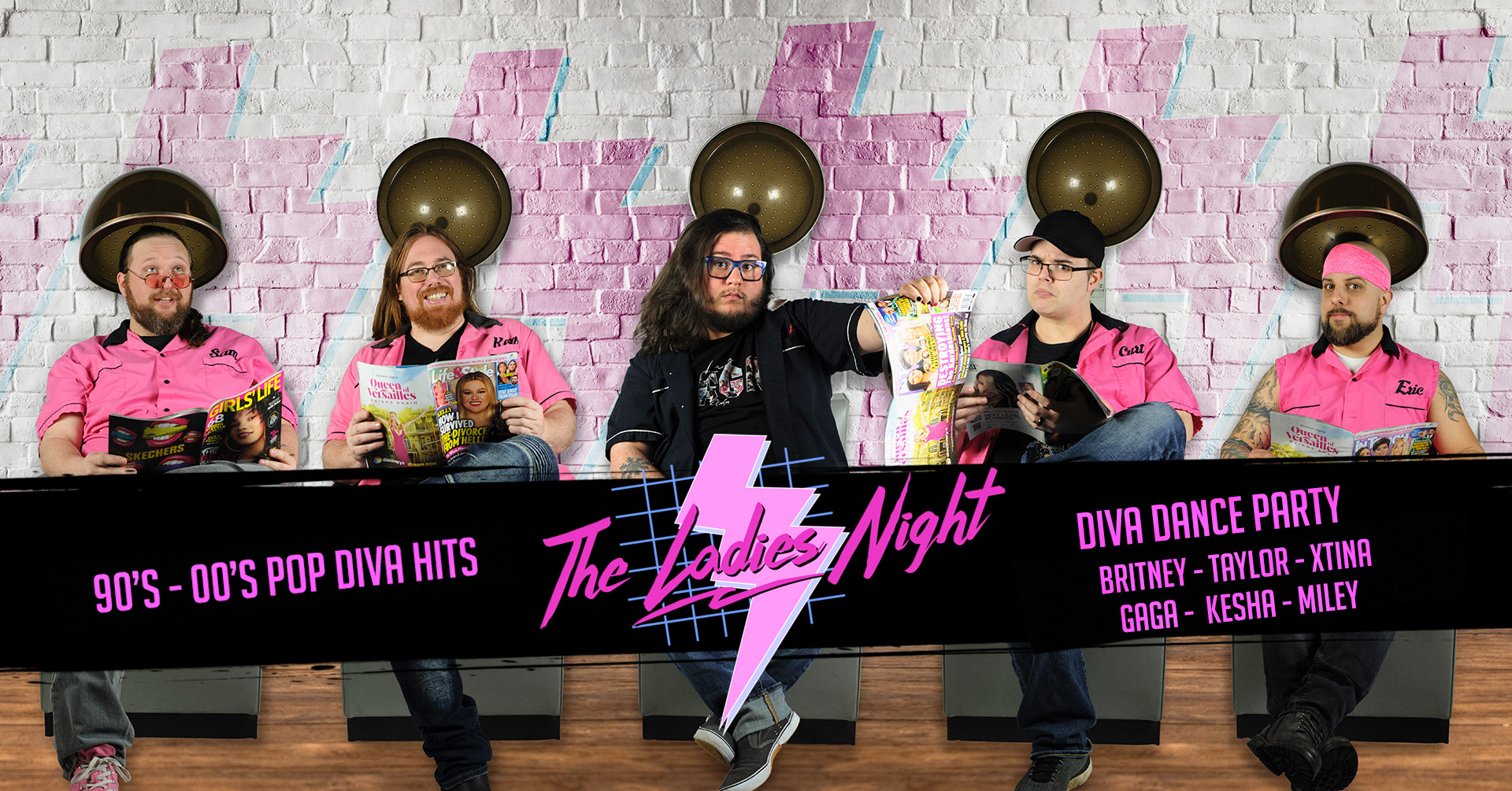 The Ladies Night is the ultimate rocking tribute to Pop Divas, with an emphasis on the 90’s-00’s. These 5 dudes aren’t afraid to wear their love for Britney Spears, Katy Perry, Kesha, Taylor Swift, Lady Gaga, and Miley Cyrus on their pink glittery sleeves as they rock their way through these guilty pleasure singalongs, often in the original key!

“ It might be a nice one-trick pony shtick but for one thing: The entire band is crackerjack good, with harmonies and musicianship that rival anything you can find in New York, LA, Chicago, Nashville … whatever.” – The Plain Dealer

Since 2018 “The Ladies Night” has been bringing their rocked up pop hits to the Midwest and growing their fanbase with regular appearances in Cleveland, Akron, Geneva-on-the-Lake, Put-in-Bay, Canton, Youngstown, and Findlay. Equally at home with bar/club shows and large stages The Ladies Night has appeared at The Akron Civic Theatre, Lock 3 Live, Wade Oval Wednesdays / University Circle, Fox 8 News, and the Mentor Civic Amphitheater in addition to many area favorite clubs and bars.